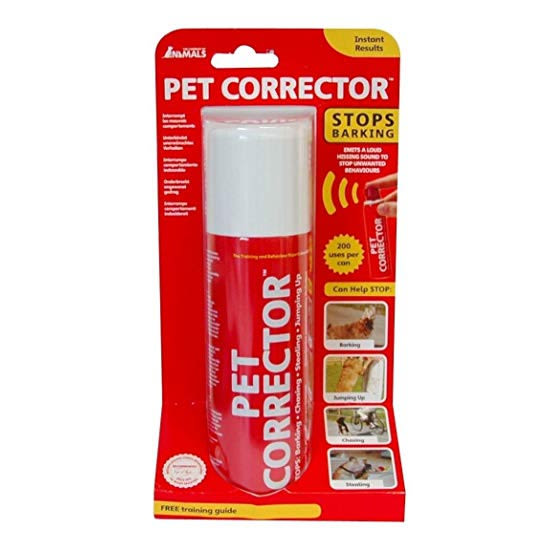 If your dog jumps up, barks excessively or bites, the Pet Corrector interrupts and helps to prevent undesirable behaviour if regular training isn’t enough.

When you push the button on this spray can, the horn emits a noise that's unpleasant for dogs. It will make them stop what they’re doing and can help to prevent future bad behaviour.

You should only use this product as a last resort, responsibly and with moderation. Because the spray makes a sound that dogs associate with danger, such as the buzz of an insect or the hiss of a snake or swan, it may cause anxiety in your pet.

Unwanted behaviour such non-stop barking or chewing could be down to lack of physical or mental stimulation. Try playing with your pet before you use this product. Behavioural issues may also be caused by an underlying health problem, which your vet will be able to diagnose. You should also ask your vet if this product is safe to use on your dog. Never use the Pet Corrector on young puppies, rescue or hard-of-hearing dogs or those who suffer from anxiety.